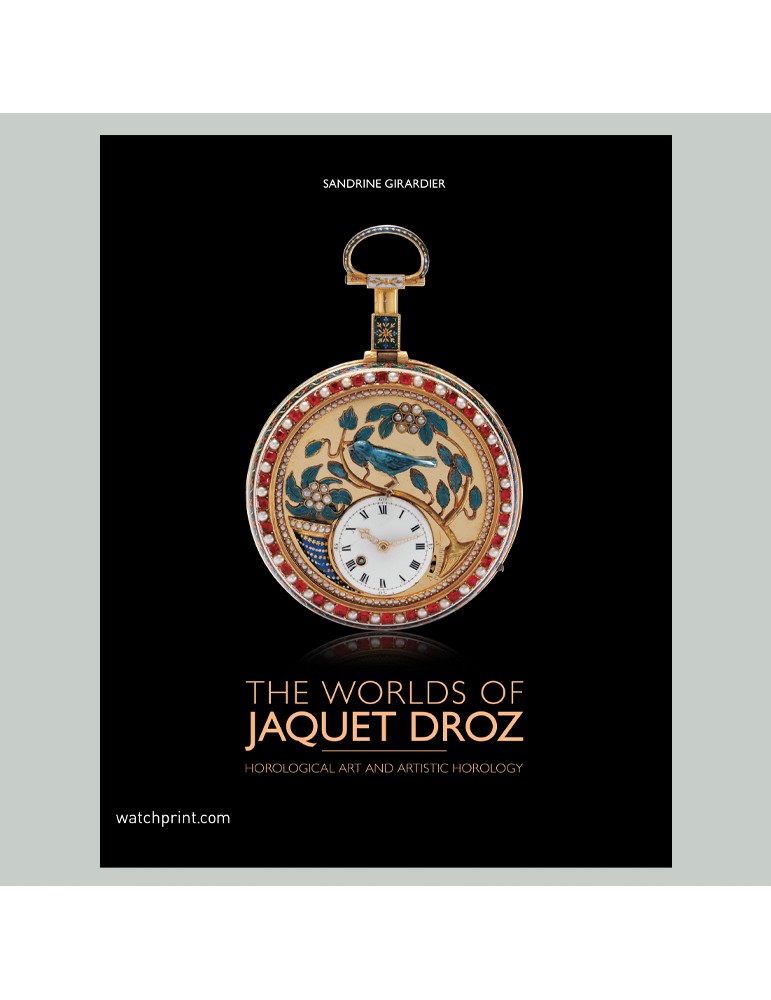 The Worlds of Jaquet Droz

There are names in horological history that echo much more than just watches... Such is the case of Jaquet-Droz, 18th Swiss watchmakers with an international horizon, whose ceremonial clocks, prodigious androids, fashionable birdcages, pocket watches with moving scenes or collector’s snuffboxes remain the stuff of dreams for passionate enthusiasts. Today, the Maison Jaquet Droz continues to draw its inspiration from this rich heritage in order to reinterpret techniques and aesthetics, pushing back the boundaries of watchmaking and representing a perpetual source of fascination for collectors.

Based on the latest research on the subject and published on the occasion of the 300th anniversary of the birth of Pierre Jaquet-Droz (1721-2021), this book offers a deep dive into the history of characters with a captivating journey. Born in La Chaux-de-Fonds, in what was then the principality of Neuchâtel, Pierre Jaquet-Droz founded a watchmaking workshop and developed it through a combination of technical, artistic and commercial skills enabling it to reach international markets. His son Henry-Louis developed the family business and further diversified production, a significant portion of which found its way to China and its dignitaries, devotees of luxurious and ingenious mechanical marvels.

This richly illustrated book aims to enable a rediscovery of their mechanical masterpieces as well as those of the Maison Jaquet Droz, whose rebirth and recent history are recounted here. These splendid historical and contemporary pieces embody a love of technical challenges and a taste for artistic refinement, adhering as much as possible to the sources of inspiration offered by Nature. The Worlds of Jaquet Droz thus reveals part of the expansive universe of pre-industrial watchmaking while drawing parallels between past and present productions.