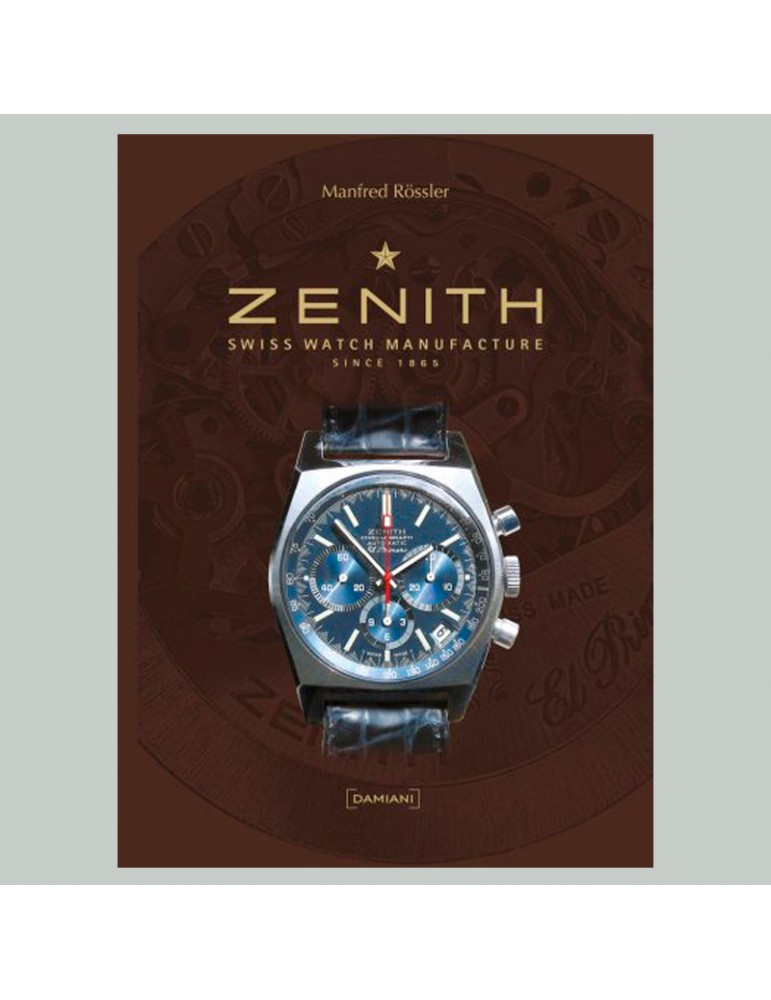 A long history that began in Le Locle, in the mountains of the Swiss canton of Jura, cradle of great Swiss watchmaking. As early as 1770 there were craftsmen specialised in movements and watch cases, gilders, experts in the creation of dials, enamellists who produced watch hands. In 1865 a company was set up in this little town on the renowned Les Billodes premises, a petite enterprise that was destined to become famous worldwide. Initially named for its founder Georges Favre-Jacot, after the first thirty years it became Zenith…. This book retraces the history of the Swiss watch maison, documenting events and practically the entire production of more than 140 years. Setting out from the first pocket-watches, which after the 30’s gradually gave way to the more modern “wrist contraptions” – accessories initially seen in a very negative light – the book documents the invention of both the revolutionary 17 ligne movement and one of the sector’s best known calibres: the legendary El Primero. With more than 700 illustrations with detailed captions, Zenith also includes the increasingly specialised models: waterproof casings, chronometers, chronographs with special dials and timepieces for the military, sport and medical sectors. Not to mention anecdotes, memorabilia and rare period advertisements.